Train The PJ Way: Newbie To The Gym? Here are the Real Rules

It's the most wonderful time of the year...for fitness centers.

This is the craziest time with people who now join the gym (again) and swear that this year, yes, THIS year, they will finally get it and get after their exercise goals to lose weight, trim up, gain muscle, etc.

If you're a newbie to the gym scene, PJ's got some basic rules to follow:

1. If you're not sure how to use a machine, ask!  Otherwise you'll look like a future YouTube Gym-Fail Video.  Be careful, everyone's got a phone in the fitness center now. I don't want to see you end up as a meme.

2. Clean up after yourself.  If you're sweaty and leave a bunch of it on a bench, don't leave it for the next person.  That's what the towels are for.  A lot of places even have disinfectant sprays to clean things up.

4. Respect the space of others in the room or workout space, especially near the dumbbell racks. People need room for certain movements, so give them the space.

5. Don't let me catch you curling in the squat rack.  This is a no-no. Squat racks are for Squats.  So knock that off.

6. Some people may toot away while on a treadmill.  Try not to be that person.

7. If the treadmills are full, go to the bikes.  Or go do some KB swings.  You'll thank me.

8. Don't try to copy an exercise from a magazine that has like 3-4 movements combined.  Yeah, they are fine for circuit type exercises, but don't get caught into doing too many of them.  If you want to get tired in a hurry, lift heavy deadlifts.  Don't think you have to get there by doing 20 squat-curl-presses in a row.

9. Going along with #8, don't think that you have to follow another person's program, just because you'll think you'll look exactly like them if you do their program.  Doing Arnold's program won't make you look like Arnold.  You'll probably get stronger, but you won't be a carbon copy of Arnold.

10. If you need some guidance, get a good trainer.  They'll hopefully set you up on a progressive plan that goes from 'breaking you in' to "I can do more now" and "Gee, I'm really getting in the habit of working out for a change". 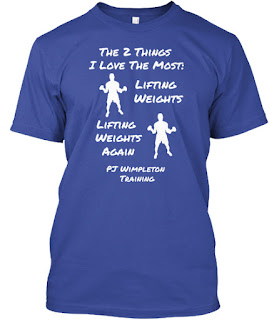 Posted by letsgominnesoting at 5:20 AM 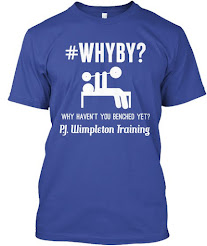